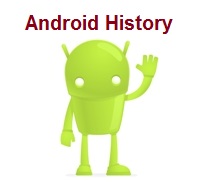 Google have grown their mobile operating system so well that since Android’s public release just 6 years ago, the Android operating system is booted up 1.5 million times per day. For an OS that is less than a decade old, the accomplished Android brand name has been able to turn heads in a truly positive way.

Android is a brand name as well as a mobile operating system helping people change allegiances from Apple to Android and it has now become Microsoft and Apple’s worst nightmare.

It is clear that Android history may only have begun just 6 years ago, but its immaturity as a mobile operating system hasn’t stopped the new age Android OS becoming one of the best mobile gaming devices on the gadgets and electronics market today.

Where did it all start?

When touch screen technology was earmarked for mobile device release no one would have guessed that Android would be one of the major contenders because, quite simply, Android was just an idea in a creative digital Google studio.

At the time it was Microsoft that was so close to becoming the mobile operating system market leader. Back then it looked as if their PDA devices would change the mobile phone market forever should Microsoft pursue the chance to convert their PDA into becoming an awesome touch screen telephone.

In addition, there was Blackberry in the market with a slightly different concept. Its keyboard and slightly bigger screen courtesy of a wider but shorter design than traditional mobile phones looked as if it would dominate the market and go touch screen.

However, Blackberry ended up being rather slow on the up take to touch screen technology failing to spot the changing trend. Blackberry was one of the last companies in the mobile phone market to get a Smartphone out there and then dabble in the touchpad side of things.

Let’s also not forget Nokia. They did manage to get the 770 with its Maemo Linux based OS out there and soon after the N800. With the right technology and a more user friendly device, this touch screen gadget could have easily been enabled as a mobile phone.

Nokia even teamed up with Intel in the hotly disputed mobile OS development race. Together, they invented the MeeGo OS. Nonetheless, it never really left the starting line and never made headway as development was not quick enough and people didn’t take to the functionalities and price tag so well at the time.

That was mainly because a much better Samsung touchpad with the brand new Android OS had hit the market. MeeGo was doomed and you can’t help but thing that the reason was because the partnership failed to take advantage of the previous years of development and release a likeable OS.

A Short Android History Has Led to Market Supremacy

The Android OS’s path to enormity was set by the lack of insightfulness by would be and present day competitors in the business of developing mobile operating systems.

Had these competitors reacted and has the mindfulness that was clearly present in the Google camp then Android may not have as strong a foothold on the mobile market as it currently boasts.

Even thogh History has told us through companies such as Kodak that complacency can be the downfall of a brand leader. Kodak failed to see how much a technology shift in consumer trends would shift when electronic storage and digital imaging came out. This led to a huge drop in shares – Microsoft can be tarnished with a similar brush.

Perhaps, had one of the Microsoft bigwig marketers spotted the fact that touch screen technology on mobile phones would be the future, the PDA would have been an awesome mobile operating system synced with the current line of desktop operating systems. A chance sorely missed by a company that appears to have lacked innovation.

Luckily for Google’s Android OS, Blackberry, Microsoft, Nokia and Intel had their heads buried in the sand paving an open road for Android to conquer the mobile phone market. It was the beginning of Google’s dominance in a bold move to expand on their search engine and digital marketing enterprise and becoming a major player in the touch screen mobile phone market.

As other big brands failed to react quick enough what we be the biggest ever demand to own a portable device that was effectively a packet laptop, Apple would be the only real threat of competition that Android would have.

In all honesty, it has been Android that has been Apple’s nemesis. Both companies were not involved in the mobile phone market, but managed to break through the barrier of entry by launching an OS combined with their own line of touch screen phones (iPhone iOS) and the other (android) able to design an OS that would be taken on by the mobile manufactures themselves challenging Apple’s new emergence into the market.

Someone in Apple had already realised just how good an Apple iPod would be as a mobile phone. It was the iPhone and its iOS that took over the market as the Apple innovation and marketing teams released their secret project – their ambition to do what Nokia, Motorola, LG, Samsung, Microsoft, Blackberry and other big brand names that could have done, but didn’t – that was to move from the PC/MAC/Laptop/iPod device markets over into the mobile phone market by what was essentially upgrading the iPod into a touch screen telephone.

Android soon came on to the scene staying away from the device side of things and instead just designing a mobile OS that could be generically used by companies such as Nokia, Motorola, LG, Samsung and other brands should these brands wish to compete with Apple.

Why none of the current brands of that time didn’t foresee Apple’s innovation, is a mystery or this was just a show of just how good Apple’s loyal employees were at keeping a secret. Any one of Motorola or Nokia could have invested in a similar idea to Apple, but by the time Apple had released its first iPhone product on January 9th, 2007 it was too late. 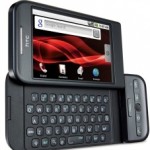 It took almost a year for Android to hit the market. It was HTC that were first to get Android out there on their HTC Dream smart phone finally giving the consumer a choice of smart phone rather than being tied into Apple. Soon more brands would jump on the Android bandwagon before Google finally dipped into the device market releasing their Android operating system on a line of Nexus smart phones and tablets.

Tablets With the Android OS Were Released September 2nd, 2010

2010 was a big year. As Apple released its new iPad 1, Samsung revealed their Galaxy Tab 7.0 running the Android 2.2 OS. This release occurred in the same year that the WeTab MeeGo from Neofonie came out with their Nokia/Intel OS model that never seemed to take off in the market.

It was the Android team that were one of the only companies already well established in the Smartphone market that kick started the touchpad market. For them, there was really no problem upsizing their Android OS to operate on touch pads.

Google’s excellent and reputable market research and planning would have the final say in the race for mobile device and OS domination. This is surprising because looking into the development advantages companies such as Intel and Nokia had, it should have been these brands already ahead of the game.

However, despite a huge advantage, it is brands like Nokia and Intel must be accused of not reacting quickly enough to one of the biggest shifts in technology known to man – mobile technology to which Android and Google had no problem in conquering, and so now it is the Android operating system that rules in the tablet industry.

The Android 2.2 Galaxy Tab Came Then the Xoom with Android 3.0

In 2011 Android would start to pick up pace as Motorola joined in on the race to become a recognised mobile tablet device brand name. They released the first Android 3.0 upgraded OS on their 10 inch Xoom tablet. This was in the same time as Apple releasing its iPad 2 putting pressure on what actually became a successful rollout of the new Apple touchpad.

A Major Breakthrough in Android History

Despite the new Android 3.0 OS, the Android 2.2 OS would not become obsolete as Advent released the first low budget touchpad technology putting Android in reach of those that were unable to fork the sum required for an iPad, Galaxy Tab or Xoom tablet.

It soon became apparent that much of Android’s success was due to an excellent targeting strategy that captured markets Apple’s brand identity and pricing strategy did not reach. Apple went for the high end market as Sony did in the past in the electronics market. Android went for a broader target market as Samsung always have done.

As a result, Android have been able to win the hearts and minds of those from several social statuses.

The OS has also been affordable to the younger generation. A huge advantage for Android here is that many of the younger generation that shift quickly upwards in wealth as they reach working maturity have grown up with Android. This has helped the OS and companies running the Android OS on their Smartphone devices win the loyal minds of the young and wealthy enabling Android to put pressure on Apple’s iOS.

Furthermore, with the help of the Windows Mobile OS, Android have another brand in their market that actually helps to pull more business away Android’s main rival historically Apple’s iOS.

Today the Android OS is now one of the most popular operating systems in the world of touch screen technology. It is the mobile OS of choice for most mobile device brand operators and arguably one of the only choices out there to be able to challenge Apple.

Windows mobile is also starting to split the market with its new release finally out meaning we can expect the Microsoft to stick around giving consumers a fourth choice of OS. An assumption is also that Blackberry were stubborn and didn’t take Android on and as such they came out with their own Smartphone OS.

Despite the rampant competition and the fact that we also have a good choice of mobile OS’s as consumers is healthy for the market, but for most the love affair with Android is now permanent; while, others are switching from Apple to Android helping Android’s OS take a larger portion of market share one slice at a time.